The Sealed Knot in Mayfair 1970

Here from the October 1970 issue of Mayfair magazine is an article on the, then, relatively new English Civil War re-enactment society The Sealed Knot.  I have reproduced it in full and if you click on the images they should be readable! 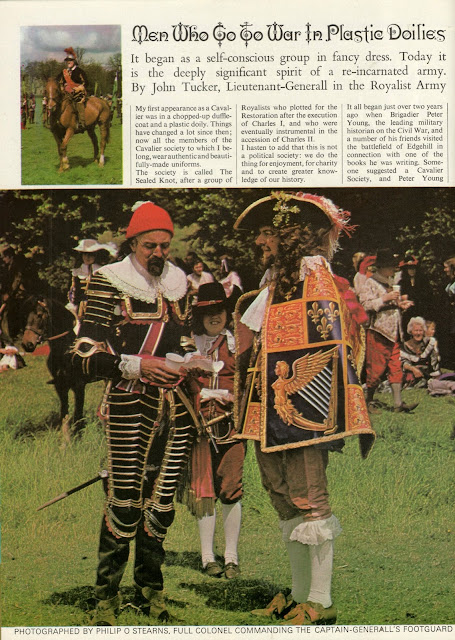 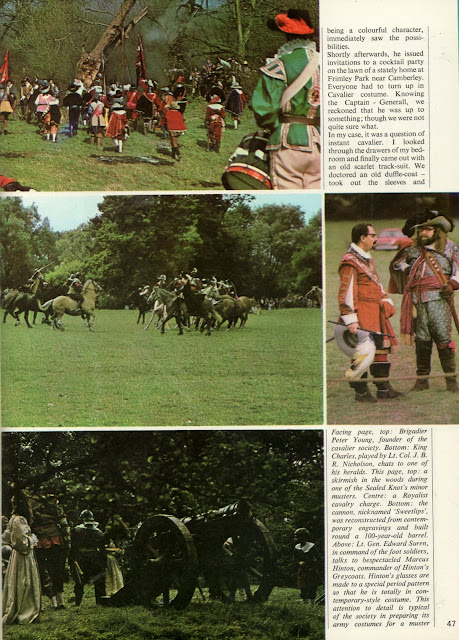 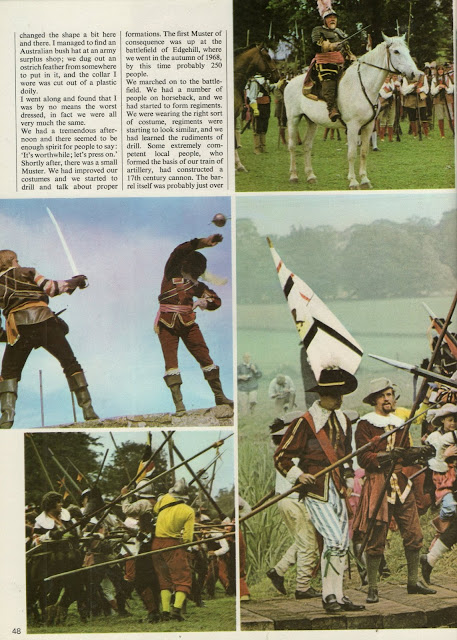 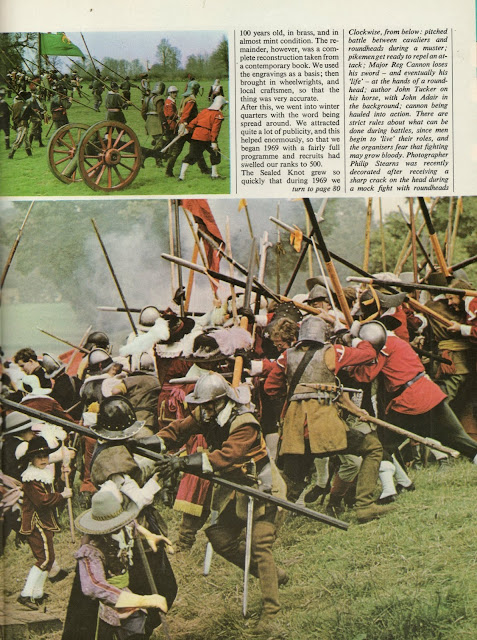 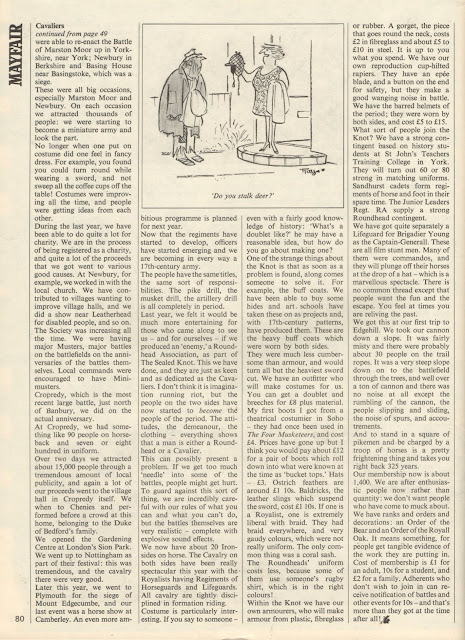 The pictures in this article were taken by American photographer Philip O Stearns who was a Sealed Knot member himself.  He also took the pictures for my favourite wargaming book The War Game, which dates from the same year. 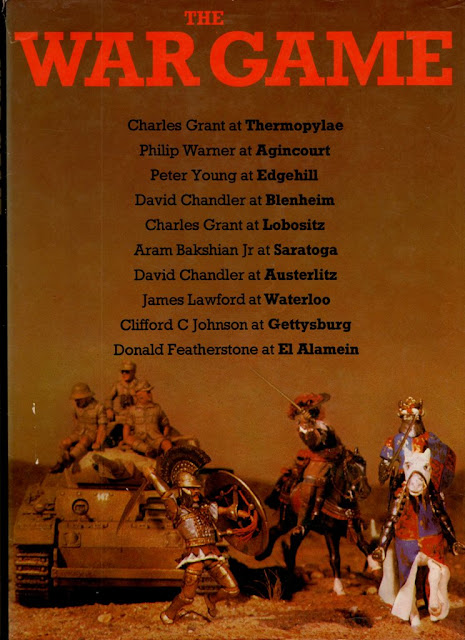 Philip Olcott Stearns was born in Detroit in February 1917. The rather patrician Stearns attended the private Brooks School, in North Andover Massachusets, and then Princeton, where he was a successful rower. It was during his time at Princeton that he developed an interest in sculpting. He graduated with a degree in art and archaeology. During World War 2 he was based in the UK as a Captain in in the OSS (Office of Strategic Services; the precursor of the CIA) working with the French Resistance for which he was awarded the Croix de Guerre. He was a great collector of model soldiers and was also very involved in the early days of The Sealed Knot; the English Civil War re-enactment organisation. He took the photographs for many books on model soldiers and even wrote his own: How to Make Model Soldiers (1974). He was a successful photographer; taking a cover picture for Sports Illustrated in the 1950s, for example. Another of his books Six Nymphets (1966), is more appropriate to the work he did in the mid sixties and early seventies as Director of Photography for Bob Guccione's Penthouse and, indeed, many other mens' magazines in London, where he lived in a lavish flat in Mayfair. After he left Penthouse he went on to be editor of military history magazine Campaign. He died in February 2000, two days past his 83rd birthday, in Vermont. Interestingly, his death notice (paid for by his family) mentioned his interest in military miniatures and historical societies but didn't mention his photography at all! 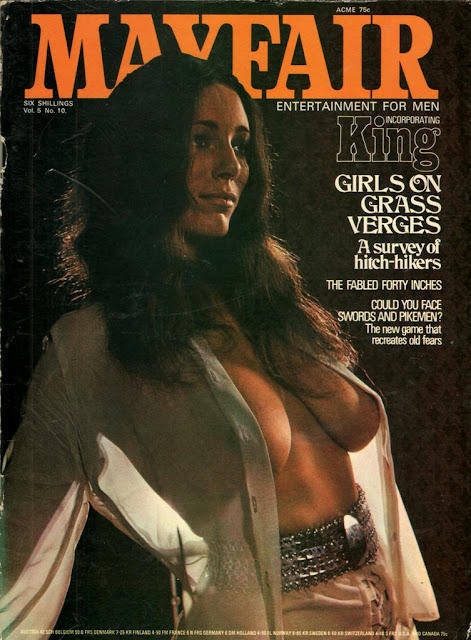 After Penthouse he moved on to work for Mayfair and took the cover photograph and centrefold pictorial for the very same issue in which the article on the Sealed Knot appears. 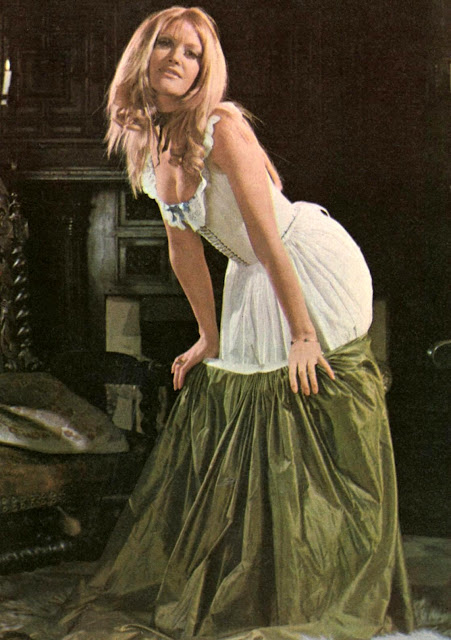 Amber Dean Smith wenches it up

He even managed to combine his two interests when he photographed the first ever Penthouse Pet of the Year, Amber Dean Smith (who appeared  as Warren Mitchell's girlfriend in Hammer's curious SF western Moon Zero Two (1969)) in a seventeenth century setting and period clothes for Mayfair in 1969.

Posted by legatus hedlius at 21:51

Wargaming from the pike to the bayonet period

It must be weeks since I started a new Blog but my recent renewed interest in the Thirty Years War, English Civil War, Copplestone Castings new Glory of the Sun range and the Guildford Wargames Club's Marlborough project mean that I am now looking at contiguous periods of warfare over the span of a century. My work on the Great Northern War continues and will remain on a separate blog.

This period saw a number of significant changes in the way armies were equipped and fought. Body armour for both foot and horse reduced and virtually disappeared; pikes gradually reduced in number and then also disappeared with the invention of first the plug then the socket bayonet; flintlocks replaced matchlocks. Artillery could be more easily moved about during a battle. By the end of the period the armies of flintlock and bayonet equipped infantry, increasingly mobile artillery and charging cavalry would set the model for the next 150 years.

I am including an extensive list of re-enactors' sites as they provide excellent uniform information.

legatus hedlius
I live in Surrey, England but spend much of my year travelling around the world which seriously eats into my painting and blogging time! 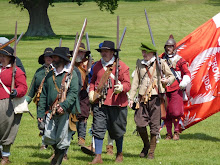 Some of my other Blogs 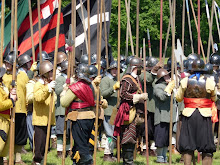